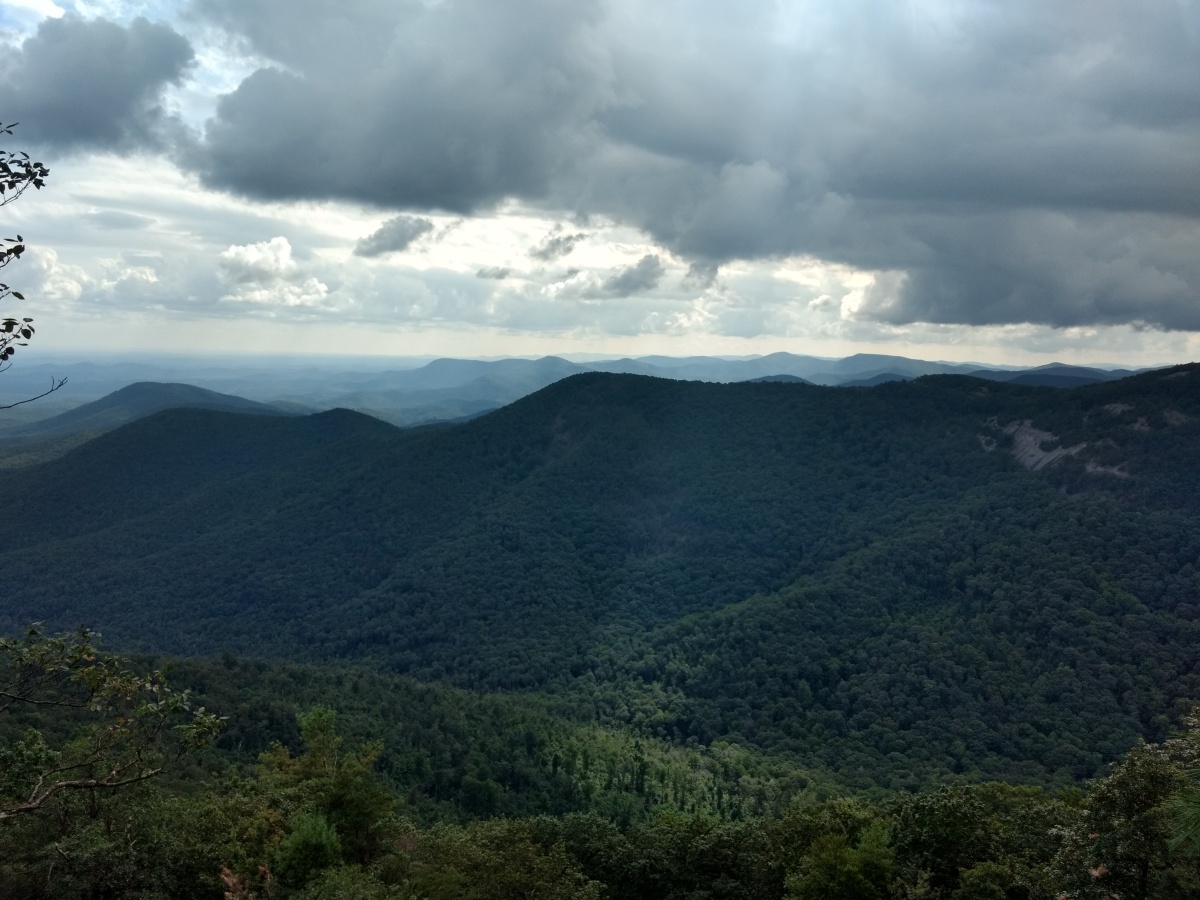 Lynn and I decided to try and get in a late Sunday afternoon hike. We had been hoping to get one in and dodge the rain. We decided on Wildcat Mountain. You hop on the AT at Hogpen Gap from the Richard B Russell Scenic Parkway GA-348. Heading south on the AT you ascend pretty quickly from Hogpen. There are several side trails where people have shortcut the switchbacks. I hate it when people do this. The Georgia Appalachian Trail Club works hard to fight erosion and maintain a safe trail. These side tracks are dangerous, destructive and can even lead to someone getting lost. Enough of my soap box rant. Heading up the mountain there is an official side trail that runs 1.2 miles over to Whitley Gap shelter. The summit of Wildcat Mountain is about 1 mile in on this side trail. We saw quite a few interesting fungi along the way. There is a very nice collection of laurel and rhododendron along the trail. The summit is a mixture of rocky ledges and grassy areas. The views from here into the Ravencliff wilderness area are spectacular. We managed to get the hike in with only a few sprinkles. Not a bunch of contacts, just seven, but good enough to get the points for the activation.

This blog post will let you know why I have decided to write a blog in the first place.